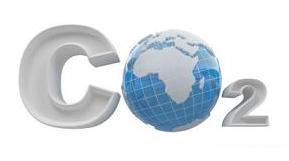 There were many people who tried to add CO2 either to blood (blood carbon dioxide injections, usually into venous blood) or inspired air (inhaling carbon dioxide with inspired air) with a hope to witness a miracle or just to test the health effects (i.e., without understanding what breathing retraining is about and how breathing is regulated).

Obviously, research scientists, during such studies, usually do not test long-term effects on fundamental parameters such as alveolar CO2, arterial CO2, and minute ventilation while breathing normal air at rest. In this short review, we are going to consider short-term and long-term effects of carbon dioxide inhalation with inspired air and CO2 blood injections.

Someone can go to a lab and breathe additional 1% CO2 for some minutes (e.g., 20-30 min) every day for some weeks. This is one of the methods to test effects of inspired CO2. There are many publications that applied this method on normal subjects and people with various health problems (often with panic attacks or anxiety).

Dr. Buteyko told that the idea of inhaling carbon dioxide was sensible, and it worked. He tested this technique himself, but one “could not carry this air with himself”, as he later commented.

/ It is little bit off-topic, but relates to a similar approach: this leading Soviet physiologist tested some medical drugs that reduce breathing. But these drugs, known as respiratory suppressants, including common street drugs (cocaine, marijuana, etc.), have strong side effects and are toxic for liver.

The short-term effects of inspired CO2 depend on doses (they should be small, especially for those who already suffer from chronic hyperventilation), but also on mental attitudes of people. Subjects can be easily freaked off (by surrounding colors, sounds, attitudes of doctors, etc.) or taught relaxation when inhaling CO2. That influences the state of the nervous system and the reaction of blood vessels to CO2 challenge. People with panic and hypertension have even lower positive CO2 thresholds (hence, they require a gradual CO2 increase in order to achieve CO2-dilation effect of vasodilation).

These ideas explain why a breathing teacher requires 2 hour introductory lecture to show goodness of breathing less and CO2 before starting any breathing exercises (Buteyko exercises or breathing sessions with Frolov or DIY devices). Then, after being educated, people are motivated to calm their breath naturally. Obviously, after detailed explanations, the results of CO2 inhalation would be much better as well.

Of course, there are situations, when people are naturally relaxed like during sleep. There are studies which. for example, analyzed effects of added dead space for people with sleep apnea (Khayat RN1, Xie A, Patel AK, Kaminski A, Skatrud JB, Cardiorespiratory effects of added dead space in patients with heart failure and central sleep apnea, Chest. 2003 May;123(5):1551-60) or tried to adjust CPAP machnies (Treatment of Positive Airway Pressure Treatment-Associated Respiratory Instability with Enhanced Expiratory Rebreathing Space (EERS), J Clin Sleep Med. Dec 15, 2010; 6(6): 529–538.) with the goal to increase carbon dioxide levels in the inspired air.

There are even simpler methods to achieve the same effect. “Is it good to sleep under a blanket or bed sheet in order to inhale more CO2?” I was asked this questions many times (usually on the main site). This method is likely to work better than regular daytime sessions with CO2 inhalations. However, it is not easy to regulate CO2 increase while sleeping under a blanket. Yes, the rate of carbon dioxide increase under a blanket is going to be slow, but it can build up to too high values (until discomfort, changes in sleep stages).

As about the long-term effects, without lifestyle changes, CO2 inhalations or CO2 injections are often limited or ineffective (i.e., no long-term changes can be expected for every person). Imagine someone who inhales CO2, even for 2 hour per day, and then the same person goes to sleep and sleeps for 8 hours while lying on the back (supine sleep) and heavily breathing through the mouth: 2 hours of CO2 goodness vs. 8 hours of health-destruction during sleep.

What are the effects on the breathing center? Clearly, in such cases, one cannot expect overall or long-term positive changes or slower basal breathing even after weeks of CO2 inhalation or injections. (One may though get a breakthrough after some months of efforts.)