Breathlessness is a feeling that is caused as a result of craving for more air, either at rest or after exertion, propelled by a dip in the oxygen supply to the tissues. This results in a negative feedback in the brain of respiratory receptors. Other definitions that could explain breathlessness are dyspnoea or shortness of breath. Labored breathing on account of breathlessness is very common in people who suffer with chronic diseases like cancer, advanced stage of diabetes, HIV-AIDS, heart ailments, cystic fibrosis, bronchitis, COPD and several other conditions. It is frequently experienced immediately after exertion, after taking meals or while sleeping at night. Breathless is present among pregnant women. 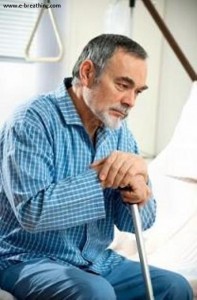 There are several major contributing causes of breathlessness. When breathless affects people suffering with chronic diseases, there are three key causes which relate to heavy breathing through the mouth and chest, leading to breathing patterns that are ineffective. Ineffective breathing patterns can be corrected and breathless may disappear once such patterns are attended to.

This table will highlight some of the clinical results to explain ineffective breathing patterns.

In these cases above, breathlessness is a result of chronic hyperventilation which reveals presence of automatic deep patterns of breathing. It also leads to alveolar hypocapnia and cell hypoxia indicating lack of carbon dioxide in nerve cells. It creates hunger for air among people and stimulates the respiratory center to intensify the breathing patterns further. 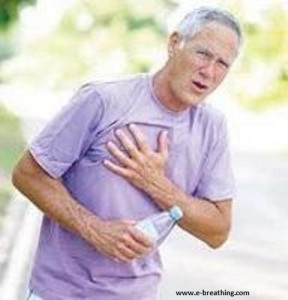 Why are people breathless after exertion?

Exertion raises the ventilation rates per minute, causing a loss in alveolar carbon dioxide. Hypocapnia results in a reduction in the oxygen delivery to the essential organs in the body and makes the perfusion-ventilation ratio worse in cases where people are suffering with lung problems, constricting the arterial blood vessels. After exertion, breathlessness becomes stronger in cases where people rely heavily on breathing through the mouth, leading to carbon dioxide loss in alveoli of the lungs and during absorption of nitric oxide in the nasal region. Heavy breathing through the chest is another major factor leading to chronic breathlessness, resulting in losses in blood oxygenation and hypoxemia. 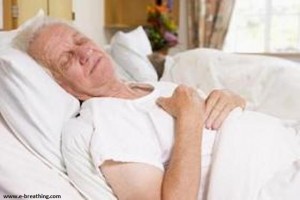 Why are people breathless after consuming meals?

The major physiological impact after consumption of meals is increased ventilation as a result of biochemical stress due to food substances which need redistribution and assimilation. An increase in the respiratory volumes results in exertional dyspnoea.

Over-breathing is a typical reaction to anxiety and stress, physiologically. When people are anxious, the body experiences a reduced supply of oxygen to the cells and a loss of carbon dioxide in lungs. When people sleep at night and assume a horizontal position, alveolar carbon dioxide gets lowered, resulting in tensions in cellular oxygen. Several studies have also proved that in cases of pregnancy in women, end-tidal carbon dioxide also gets lowered. 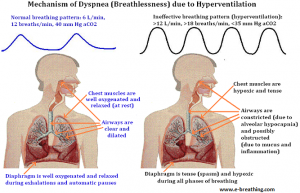 This YouTube video highlights the major causes and prescribes treatment of breathlessness which could be successful.

It becomes clear then that exertion after physical exercise results in heavy breathing through the mouth and chest. Heavy breathing is also present soon after eating meals or when people are under stress or going through anxious moments. Poor posture and sleeping in a horizontal position at night also leads to heavy and labored breathing.

Over one hundred and sixty doctors in Russia clinically tested thousands of cases who were suffering with labored breathing and breathlessness. The result of the tests revealed that all these cases scored less than twenty seconds in holding their breath when put through the body-oxygen test. The doctors also found that by showing them breathing normalization techniques, these cases were able to eliminate breathlessness. 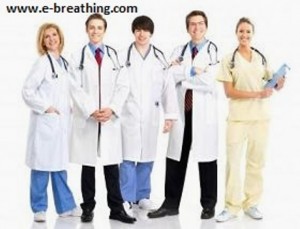 It was discovered that cases who scored more than twenty seconds in holding their breath during the body-oxygen test did not go through the negative symptoms of breathlessness. The result was achieved during the clinical trials after applying several breathing therapies and training devices such as the Frolov breathing therapy device and the Buteyko breathing method.